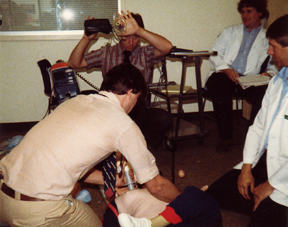 The idea of countywide ALS was initially discussed in 1984-85 when the group met with Memorial Hospital began and support for the program was initiated.

Due to the efforts of these volunteers and other concerned citizens, ALS first came to Talbot County in 1985 when five volunteer cardiac rescue technicians came together for a pilot training program. The five technicians were supplied with a chase vehicle that allowed them to quickly respond to emergency calls. That same year, a board was created to discuss similar efforts on a county-wide scale.

The county council was behind the idea, but not on board to support the idea financially until they began lobbying as Talbot County Advanced Life Support Inc. Eventually the county council agreed to fund the group’s efforts with a $50,000 allocation. By 1986 they had secured the funding to become the first dedicated countywide ALS program on the Eastern Shore, according to Knussman, one of the group’s original founders.

In 1988 a group of business ladies and men formed to bring both political and financial help to the effort. With the help of Dick Pairo, an attorney and volunteer of the Ocean City Paramedic Foundation, a 501c3 was established. A board was formed with Will Howard, President, Wayne Dyott, Vice President and Sheila Wainright, Secretary/Treasurer and more than $100,000 raised. Dr. David Hill provided the group with a building on Idlewild Avenue. From June 1988 to June 1989 the Talbot ALS responded to 1,052 calls and performed 1,269 ALS procedures. A 7.3 minute average response time was posted. 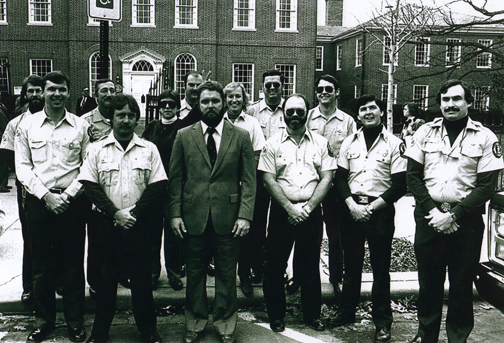 That same year, the group appears before the county council to request additional funding due to paying the CRT (Cardiac Rescue Technicians) for 24 hours her day. Council members suggest a user fee system, which the organization and local fire companies reject. Talbot Paramedic Foundation conducts a fundraising campaign to keep the ALS services afloat.

By 1991 funding for the program has reached a critical juncture as the county decides to cut their allocation by 50%. Foundation and ALS members threaten to end the program by July 1st if this happens. The county council decides to ask taxpayers for voluntary donations to keep the program open. In September 1991, the county council decides to increase user fees which saves the ALS program from demise. This is followed by a proposal to create a Fire & Rescue Tax in the county to fund the ALS and other programs. Between 1994 and 1996 the Foundation was active in increasing funding and coverage for emergency services throughout Talbot County and is instrumental in getting the first paid ALS coordinator hired in 1996. 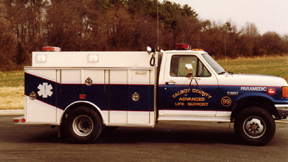 In 1998 Dyott and Harrison were elected to the county council and funding for the ALS program was secured.

Early in 2000, the Foundation began a campaign to get automatic external defibrillators (AEDs)  a broader distribution in the county than just hospitals. The program, called Operation Save a Heart, was embraced by local citizens and businesses and was one of the first like it in the nation. The program was able to get AEDs installed in police and sheriff’s vehicles, schools, golf courses, small businesses and all county facilities such as the pool, airport and recreation facilities.  The group was able to raise enough money for 75 AED units and since then more than 1400 people have been trained on how to use them. 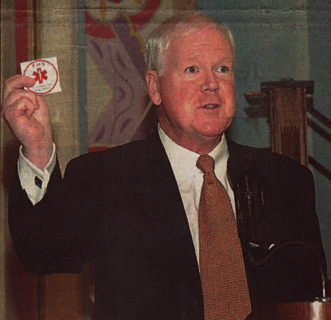 In 2005 the Talbot County ALS celebrated its 20 year anniversary with a banquet and awards ceremony at the Avalon Theatre.

This year, the organization is raising funds for the next generation of defibrillators, the LifePak15. Each of these units will cost $30,000. The 25th Anniversary party, which will be held in Easton on September 18th was planned with the sole goal of purchasing these units for use in the county. For more information on attending the event, visit the Events section of this site.

Talbot Paramedic Foundation has a long history in supporting advanced life support services in Talbot County. Our mission as a foundation is saving lives in Talbot County through increased awareness, raising funds, and developing life-saving programs and proving training and encouraging paramedic professionalism.