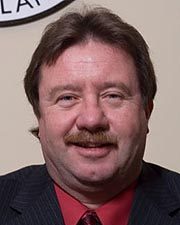 Levin F. “Buddy” Harrison is a native of Talbot County and has worked in the hospitality industry his entire life. Buddy grew up on Tilghman Island and helped to run Harrison’s Country Inn & Sports Fishing Center, Inc. He and his wife, Leslie, now run Harrison’s Harbour Lights Restaurant in St. Michaels. He is also a captain for the shuttle service to Poplar Island which ferries workers over to the island and takes Charter fishing parties.

Buddy is a graduate of Chesapeake College and studied at Roanoke College.

Harrison is a Life Member of the Tilghman Island Volunteer Fire Company and has served as Chief. He was also elected as the first Executive Director of Talbot County Advanced Life Support. He was a Charter Member of Talbot ALS and in the first group of Cardiac Rescue Technicians from Talbot County.

He was elected to the Talbot County Council in 1998-2002 and pushed forward on expansion of the county’s role in providing EMS through the development of the Department of Emergency Services. He also served on the county council 2006-2010.

Buddy has four adult children. He and Leslie live in Easton.