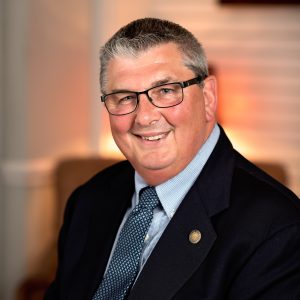 Wayne Dyott is a Talbot County native. He was educated in the Talbot County Public School system and graduated from Easton High School and California College of Respiratoy Care. A Vietnam Veteran, Wayne served in the US Navy from 1971-1975 and was Honorably Discharged as Petty Officer Second Class. Wayne is always interested in assisting Veterans and Veteran’s benefits and is a life member of VFW #5118 Easton, Maryland where he served as Commander from 1982-1983 and 1992-1993. Wayne has memberships in Vietnam Veterans of American Chapter 648 and Talbot Post #70 American Legion where he continues his support of Veteran’s affairs. Wayne is employed at Shore Health System/University of Maryland Medical System as a Respiratory Care Clinical Specialist. He has been working at Shore Health System for 28 years. Wayne was elected to the Talbot County Council and served from 1998-2002. He is very aware of County policy and procedures and also served as President of the Talbot County Council. Wayne was a founding member of “ALS” in Talbot County and has served as Vice President of the Talbot Paramedic Foundation since 1986.