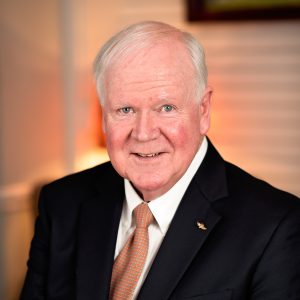 William James Howard, a native of Easton, Maryland, has spent a lifetime developing knowledge and expertise across an array of different areas, accomplishing feats of business, preservation and charity in the process.

While he ran one of the nation’s largest producers of tourism videos, reaching travelers through hotel televisions and online, Howard   was better known for his contributions to local communities.  His work as a journalist in Baltimore was interrupted to return to Easton and help his father Charles run several businesses including the local bowling center that remains, recently renovated and reopened under the name Easton Bowl With the help of many others who wanted to preserve Easton’s historic district, Howard helped save the Avalon theatre from being turned into a parking lot, buying it in 1986 and completing restoration in 1988.

Utilizing his media and business skills with the support of local businesses, Howard and Sheldon Scott were able to organize Christmas dinners at Chambers Restaurant, their Double Decker Bus, Tidewater Inn, and “Operation Christmas Spirit” serving and delivering hundreds of dinners, coats, and groceries to needy families on Christmas day from 1982 to 2019.

Habitat for Humanity’s building of two houses in two days for  ”Operation Safe Home,” installed 1,000 smoke detectors in 5 counties utilizing all fire departments and volunteers in one day, writing a series of 7 exposés stories published on the front page of the Star Democrat in 1996 on substandard housing (nominated for a Pulitzer Prize) which led to Talbots housing initiative, producing a video that brought attention and eventually running water to the community of Chester Park, and the installation of AED defibrillators to 100 local businesses, among other initiatives.  He was also chairman of the founding of Easton’s Community Pool. You can learn about these projects and more at “TourVideo.com.”

William Howard graduated with a bachelor’s degree from the University of Maryland, College Park in 1972.  He and his wife, Dorothy, have 3 daughters – Healy, Katie, and Tracy – and a son, James, and 2 grand children.  He enjoyed flying his 1967 Cessna, and the182Q (N735YSL). He is now with his wife traveling, painting, watching sunsets, and driving classic cars.