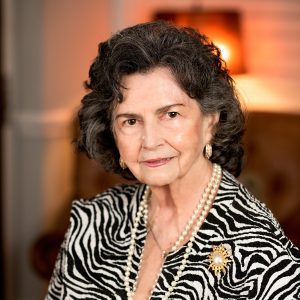 Sylvia Gannon, a native of Talbot County, attended Tilghman Elementary, St. Michaels High School and various trade and business schools. She held many positions at Chesapeake Publishing over 32 years including Corporate Director of Marketing for regional and national advertising. She was owner of Chesapeake Country Tours and co-owner of the Gannon Group. She was elected to serve as a member of the Talbot County Council, received the Chamber of Commerce “Business Woman of the Year” Award, and was a founding member of Talbot Paramedic Foundation. She was appointed by the Governor’s Committee for Economic Development, recipient of St. Michaels High School Distinguished Alumni Award, and President of the Soroptimist Club. She was the recipient of the Maryland, Delaware, DC Press Association awards and the Distributive Education Club of America Employer of the Year Award. She received the Delmarva Chemical Association Person of the Year award for promotion of agriculture, among many other awards.